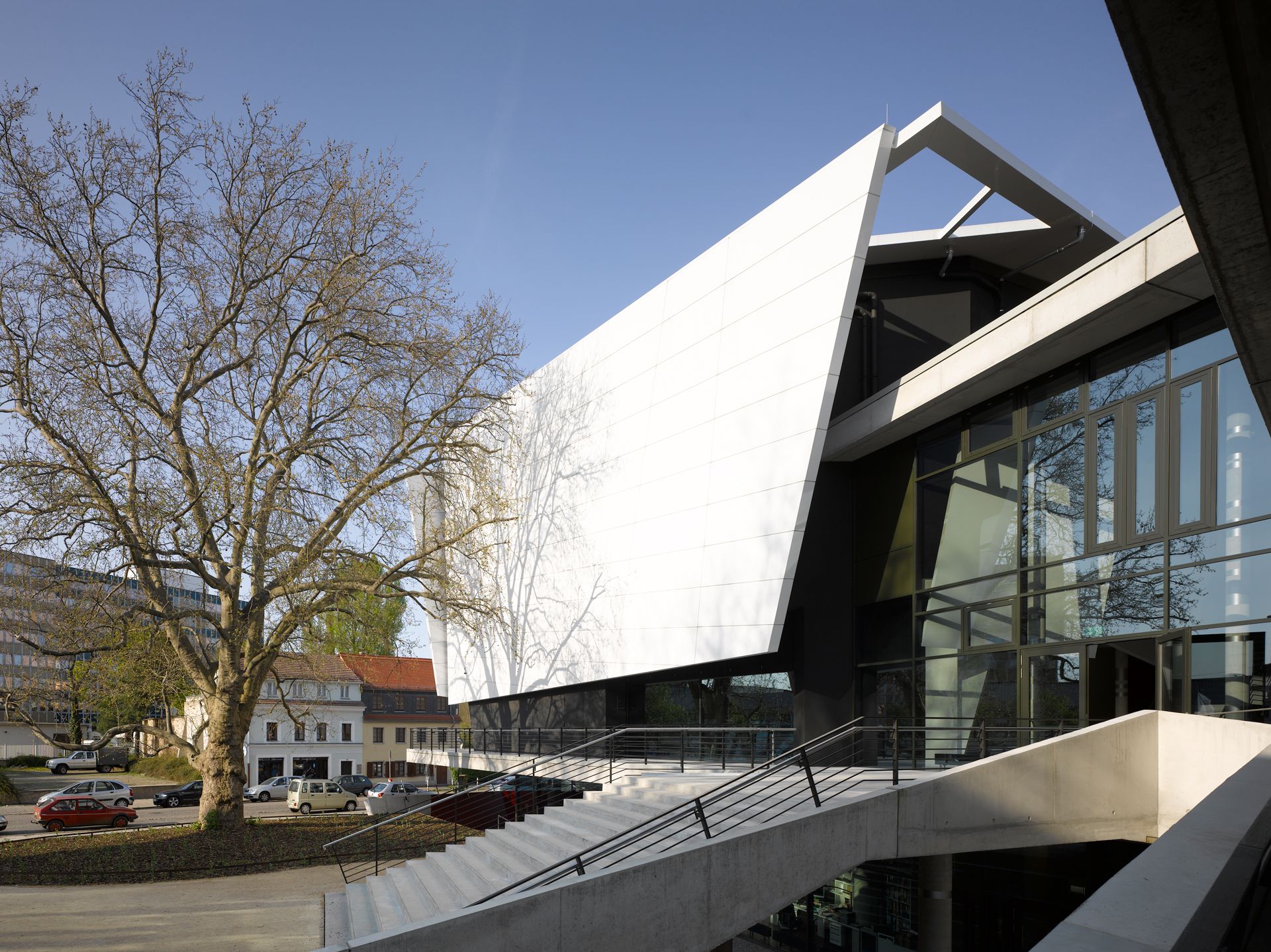 At the Dresden College of Music we wanted to create a place which was undeniably a home for experimentations and exposure in dealing with music.

With the extension for the Dresden College of Music Carl Maria von Weber an architectural ensemble, much more than just spaces for rehearsing and playing concerts, was established. On a confined plot in the heart of the city, and in correspondence with the existing school, the neoclassicist Wettiner Gymnasium, we developed an extension with a very distinct architectural character. Apart from 30 highly soundproof practice rooms, a library and a space for movement, there is also a rehearsal stage for the opera class and an acoustically high-demanding 450-seat concert hall. The different architectural attitudes of the two buildings, which are separated by an old, tree-lined courtyard, have created a clear-cut, exciting ensemble of old and new. An ensemble bestowing the college with a special identity and giving the music a contemporary architectural expression.

» Our aim was to set into effect a consistent concept for the exterior and interior spaces, realizing a high degree of authenticity of the outward and inward appearances. «

The new building creates an architectural dialogue and a discursive tension by using formal differences. The free composition of the concert hall sets a contemporary antithesis against the hermetically sealed body of the historical school building. It has the effect of a solitaire, both in and out, welcoming, lightly assembled and open. White surfaces condense towards the centre: the stage, the musicians and the music. The concert hall is the new, distinctive, identity-generating part of the ensemble of buildings.

» We enjoyed even more to be able to bring aspects of composition and open assemblage into the design of the concert hall. «

The white metal panels of the concert hall façade, coated in various degrees of gloss, are intentionally meant to produce reflections. Those reflections, increasing towards the top, seem to dissolve the surfaces and become one with the sky. The colours and materials in the new building are deliberately restrained. Only some chosen spots are highlighted by a powerful, deeply red colour. Consequently, it is first and foremost the beautiful materials of the high-quality instruments and the musicians that set the tone. 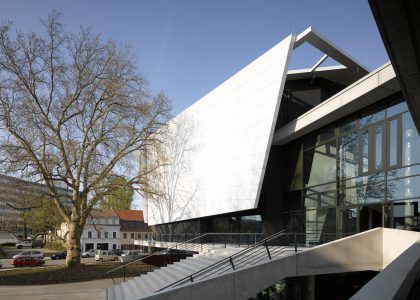